When the novel coronavirus began its spread across the globe, NearForm watched, like everyone, with a mix of concern, disbelief and desire to do whatever we could to protect those we love, work with and live alongside.

Never did we anticipate being invited to play a part directly in the response. But when the call came from Ireland’s Health Services Executive (HSE) on 22nd March, Mother’s Day here in Ireland, a team of us jumped at the opportunity to get involved. The HSE wanted to build a contact tracing app that could augment their manual efforts and help manage the spread of Covid-19 in the months ahead — and we wanted to help however we could.

What followed was a highly accelerated, fully collaborative effort from multiple agencies, companies and the scientific community in Ireland, all committed to creating a secure, reliable, top-quality app for the people of Ireland to rely on. It’s been a valuable learning experience, with the most important takeaway being how collaboration made it all possible.

Below is the story of how that collaboration unfolded. The resulting COVID Tracker app was downloaded more than a million times in the first 48hrs. You can find out more about the app and download it on covidtracker.ie.

We’re accustomed to beginning every engagement with a discovery workshop, in which everyone involved gets to identify and discuss needs and scope the overall project. Our first call with the HSE underscored the importance of a thorough discovery: this app needed to be built fast and built right. That meant everyone needed to be working together in agreement right from the start.

Gar Mac Críosta of the HSE managed the overall project, and our own Colm Harte led from the technical side. At various stages, the project would involve representatives from the Department of Health, the Office of the Government Chief Information Officer (OGCIO), the Behavioural Research Unit within ESRI, the Central Statistics Office, data protection officials, An Garda Síochána, the Irish Army, Science Foundation Ireland and many more, in addition to multiple departments within the HSE.

Particularly with everyone working from lockdown, software tools played a key role in enabling effective communication. From that first call, we used Miro, an online collaborative whiteboard app, to capture initial requirements and map out user journeys. Everyone had access to these whiteboards and could revise and reference them as needed.

From there, our product designers began drafting the first user interface and early visuals in Sketch and InVision. Other team members began investigating technology possibilities and limitations, while others were busy researching Bluetooth and the app efforts underway in other countries. Positives, negatives and key learnings were captured and shared broadly.

Within 24 hours of the kickoff call, the HSE had a visual walkthrough of an app to give feedback on. Three days later, they could see a working prototype of the first app design on their devices.

“NearForm are used to working to tight schedules and highly specialised requirements, but the need and potential value of the COVID Tracker app clearly outweighed anything done before,” says Colm Harte, NearForm Technical Director and project lead.

“We used the same tools and processes we have come to rely on for every project to help ensure everyone involved was working toward a single vision.”

Each discussion we had and issue we raised led to an improvement in the app. Every stakeholder or agency involved brought a unique perspective to the build, whether their focus was privacy, security, usability, legality, accessibility or the ultimate value of this app to the Irish pandemic response. All these considerations influenced the user experience, as well as the management of app data and notifications.

Just weeks into the project, we had a working app that was built on the then-prevalent centralised model. In collaboration with An Garda Síochána, the Dublin-based quality assurance company Expleo organised app testing with the Irish Army.

The all-in collaborative approach allowed the project to proceed at a breakneck pace while ensuring all concerns, particularly around user privacy and data protection, were properly addressed. As a team, we had built and tested one of the most effective contact tracing apps possible.

And as a team, we decided it wasn’t good enough. 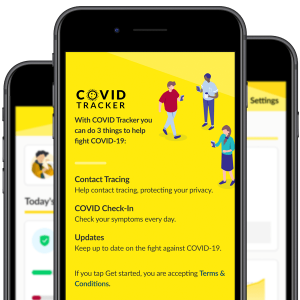 Unfortunately, the centralised model did not support the privacy-by-design principles that were so important to the team, and there were significant technical limitations in making the app consistent across multiple devices. Plus, technical limitations on some smartphones meant that Bluetooth proximity detection would not work if the phones were locked, effectively meaning the app wouldn’t work if users kept their phone in a pocket or handbag.

On the data protection side, the prospect of storing any user data — even if it was anonymised — in a centralised location raised questions around access, consent and user adoption. As the volume of news stories around various countries’ contact tracing apps increased, so did the public’s concern about privacy.

The team reached out to Apple to try to find a way around the locked phone issue, but there wasn’t one. However, there was news that Apple and Google were working together to release a joint solution that could solve both issues.

Due from both companies in May, the Apple-Google API would allow governments and health authorities to build apps on a decentralised model and specifically enable the efficient use of Bluetooth for proximity detection as long as users had their Bluetooth switched on.

The team decided to switch from the centralised model to the decentralised one, and since we were already in touch with Apple and Google, we secured beta access to the new technology. This would allow the app to guarantee the anonymity of users and ensure any data transfer to contact tracers would happen only with user consent.

“The ability of the overall team to assess issues and pivot quickly to new solutions was integral to the success of this project,” Harte explains.

“Everyone was committed to making the most effective, useful app possible while ensuring privacy for users — and getting there meant adjusting expectations and learning as we went, something everyone was on board with.”

Further multidisciplinary workshops continued, focused on making concrete decisions and iterative improvements. The team came together to answer: ‘How will the decentralised model impact the existing user flow?’ An internal design review asked, ‘How can we improve the navigation?’ Several sessions sought to define the level of information needed for a relevant national snapshot of the virus spread in Ireland whilst prioritising anonymity for app users.

Working tirelessly together, we were closer to the final solution. We had defined technical limitations and found the best routes forward. We had worked to understand the concerns of the public around trust and privacy, and focused on ways to deepen their understanding of how the app would work and why it would play a critical role in Ireland’s ability to manage Covid-19 going forward.

From the beginning, the full collaborative team had adopted a learn-as-we-go mentality. Restrictions and guidance related to Covid-19 were shifting almost weekly at the start. The Apple-Google protocol was only released midway through the project. Media attention on the app was growing, and people’s legitimate concerns around contact tracing apps had to be addressed.

The HSE intensified the collaboration with Expleo to be sure that we caught and solved all the issues. They worked with An Garda Síochána to organise a second full round of testing.

The HSE connected with the ESRI to design and conduct a study that would test different messaging on a group of 800 participants, so as to gain practical user research. For our part, NearForm created eight different journeys that could be experienced in the app as part of the study.

The collaborative team sought to understand how the way we communicate the purpose of the app could influence uptake by users, whether a greater level of detail on privacy and data use would improve their trust in or understanding of the app, and if changing the information on the ‘Updates’ tab would encourage use. The results of this study directly informed the final app messaging.

“The COVID Tracker app was developed to the same high standards we apply to all our projects — just in a very compressed time frame,” said Harte.

“We’re proud to say it was built with a team of our very best, most experienced people, using our tried-and-tested technology stack, tools and processes.”

NearForm has built a reputation for fast development and superior quality solutions. We believe that’s why the HSE reached out to us three months ago. We’ve worked with a wide variety of innovative global enterprises on some truly exciting projects, but we’ve never been more proud than of our collaboration with the HSE, the Irish government and every partner involved in the creation of this app.

The COVID Tracker app is proof of what’s possible when a group of committed, talented, driven individuals and organisations decide to work together to build something worthy of adoption by an entire population. And releasing the app is just the start.

It’s too soon to tell what impact the app or our involvement in its creation will have in Ireland’s fight against Covid-19. However, we’re confident that it’s the right next step, and we look forward to supporting the app, the HSE and Ireland in whatever comes next.

Our work with the HSE and Department of Health has attracted attention from around the world while contributing to the global efforts to continually improve the underlying technology. NearForm are working with a number of other countries and jurisdictions to develop contact tracing apps that meet their unique requirements, glad to contribute our skills and expertise to this cause. 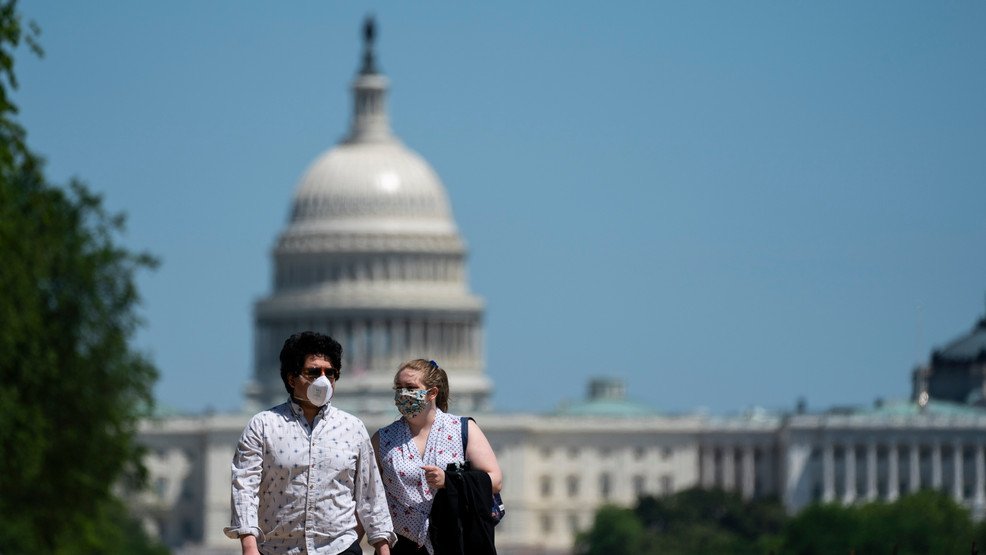