Soon after Open Source definitely ‘won over’ the Tech world, Danese started thinking about the Sustainability of Open Source. It was clear proprietary organizations saw the success & velocity of open source development methods and started experimenting with these methods inside their firewalls to evolve stodgy engineering practices. Find out about how InnerSource is helping revitalize engineering at name-brand companies and even how it leads to more and better Open Source participation. This talk attempts to answer the question “Is InnerSource inevitable?”

Along the way she became a FOSS advocate, serving on the OSI board for a decade, advising major projects such as Mozilla, Ubuntu, and Drupal. Danese has been a Member of the Apache Software Foundation for 15 years and was also the first female CTO of Wikimedia Foundation and the first Chair of the Node.js Foundation.

Danese is now currently VP of Special Initiatives at NearForm 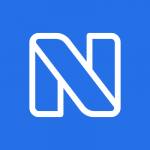 NearForm creates high-performance software for enterprises. Our global team uses modern processes and tools to help clients innovate at speed. We work with all types of enterprises, harnessing modern open software to bring products and services to life.