Lessons from a Journey to InnerSource at Microsoft

From open source to InnerSource 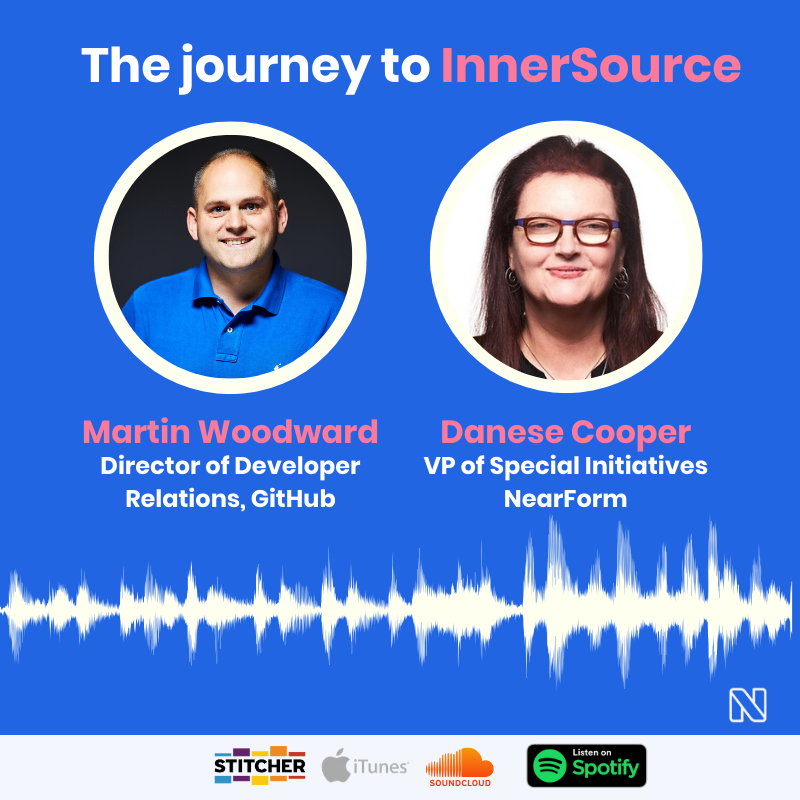 Danese Cooper chats with Martin Woodward, Director of Developer Relations for Github, about Microsoft’s journey from fully embracing open source in the 2010s to now adopting InnerSource as a way of continuous innovation.

Martin talks about the importance of welcoming ‘contributors of time’, striking a balance between rewarding people and acknowledging collaborative efforts and how securing a bottom-up, top-down approach is vital.

He stresses the importance of celebrating the small 1% successes, reassessing your top pains on an ongoing basis and, as a leader, asking new questions regularly for incremental step changes.

Different Perspectives with NearForm · The Journey to InnerSource at Microsoft

Martin Woodward is the Director of Developer Relations for GitHub. Before that Martin was Executive Director of the .NET Foundation helping drive Microsoft’s move towards open source and was a Principal Group Program Manager of the team building tooling for DevOps teams inside and outside the company. He was the original creator Microsoft’s home on GitHub and helped introduce Git into Microsoft.

Danese Cooper is VP of Special Initiatives at NearForm and ran the first Open Source Program Office at Sun Microsystems starting in 1999. Some of the open source projects she helped release included Apache Tomcat, OpenOffice.org, NetBeans, Sun Grid Engine, GlassFish, OpenLDAP, OpenSolaris and OpenJDK. Along the way she became a FOSS advocate, serving on the OSI board for a decade, advising major projects such as Mozilla, Ubuntu, and Drupal. She has been a Member of the Apache Software Foundation for 15 years and was also the first female CTO of Wikimedia Foundation and the first Chair of the Node.js Foundation.

If you’re new to InnerSource, NearForm can help.  You can learn from our experts with hands-on experience of implementing InnerSource at enterprise scale. Get in touch about our InnerSource developer days, training and consultancy offers or to arrange an initial evaluation with Danese Cooper. Contact us today to find out more.

Get all the latest NearForm news, from technology to design.