A consistent User Experience is key to understanding how users interact with products. Developing apps with React Native  creates a unified experience across multiple devices.

We use React Native and Node.js in many of our projects to create progressive solutions that are engaging, scalable and highly performant.

Why use React Native?

React Native is an open-source mobile application development framework that allows for development of cross platform applications with one codebase.

By allowing developers to develop front-end components using JavaScript it makes beautiful UI development a cinch and ensures a consistent UX on both Android and iOS.

Since its release in 2015 React Native has become one of the most widely used frameworks for front-end application development. Currently more than 15% of top app installs are React Native apps according to appbrain. Some of the top apps that are built on React Native include Facebook, Netflix, TikTok and Tesla, just to name a few.

Because React Native is written in JavaScript the learning curve to begin developing a cross platform app is small and there is a vibrant online community.

Improves performance by using native code in your app

Developed and maintained by Facebook, React Native powers many of the most popular apps available

We focus on fast delivery to mobile and web platforms by a single team from a single codebase. By unifying teams, workflow and codebase around one project focus more on producing a high quality product with consistent user experience and less time developing code for individual platforms which reduces complexity and technical debt.

NearForm works with leading organisations and large consultancy firms to deliver change. We work with digital growth strategies to build capability and develop new products, services, and experiences in a pragmatic, sustainable and scalable fashion. 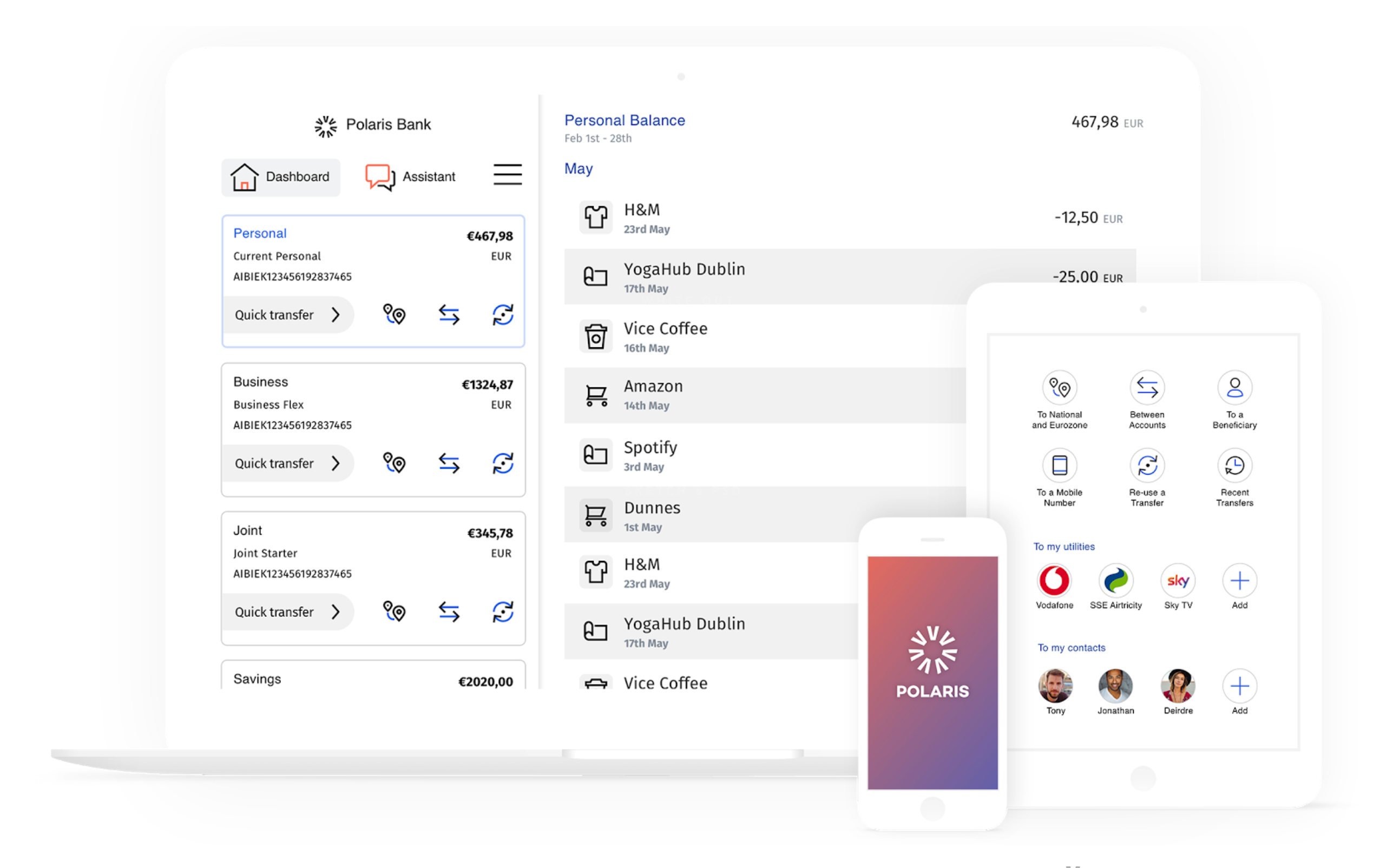 We build most of our mobile solutions on React Native for front-end and Node.js for back-end

“It was great working with NearForm using their Polaris mobile accelerator. We had an ambitious target, a heterogeneous team that never met in person, and a delivery timeframe of only a few weeks. NearForm’s agile delivery practices, user experience design and technical skills were vital to make it happen.”

“NearForm have proved themselves to be a reliable and responsive company working with the HSE team to deliver the Covid Tracker app. It was essential for such an important national project to have a partner that took privacy, security and performance so seriously. The timeframe was ambitious for a project of this scale and NearForm responded exceptionally well to the challenge.”

How to use GraphQL in React using hooks

Every partnership starts with a conversation.

Consultancy, capability or your next project, we’re happy to chat. Talk to one of our experts.