Delivering a tested, trusted, effective solution for digital contact tracing that is currently used by multiple governments and health authorities around the world — and can be built and deployed within 30 days.

All of the apps built by NearForm have been highly effective, from both a user-adoption perspective and a health-benefit perspective.

In the Republic of Ireland, there have been more than 2 million downloads of the HSE app which is over 40% of the addressable population. That app notified over 800 people in 7 weeks who had been in close contact with someone with coronavirus, during which time 3373 new cases were recorded. On average over 200,000 people check-in their symptoms on the app daily.

In Northern Ireland, the app was downloaded over 300,000 times in 4 weeks. 237 people were alerted to self-isolate and 160 people, who had a positive test for COVID, uploaded keys from the app.

Recent research has shown that even 15% adoption can mean 11.8% fewer deaths and 15% fewer infections. 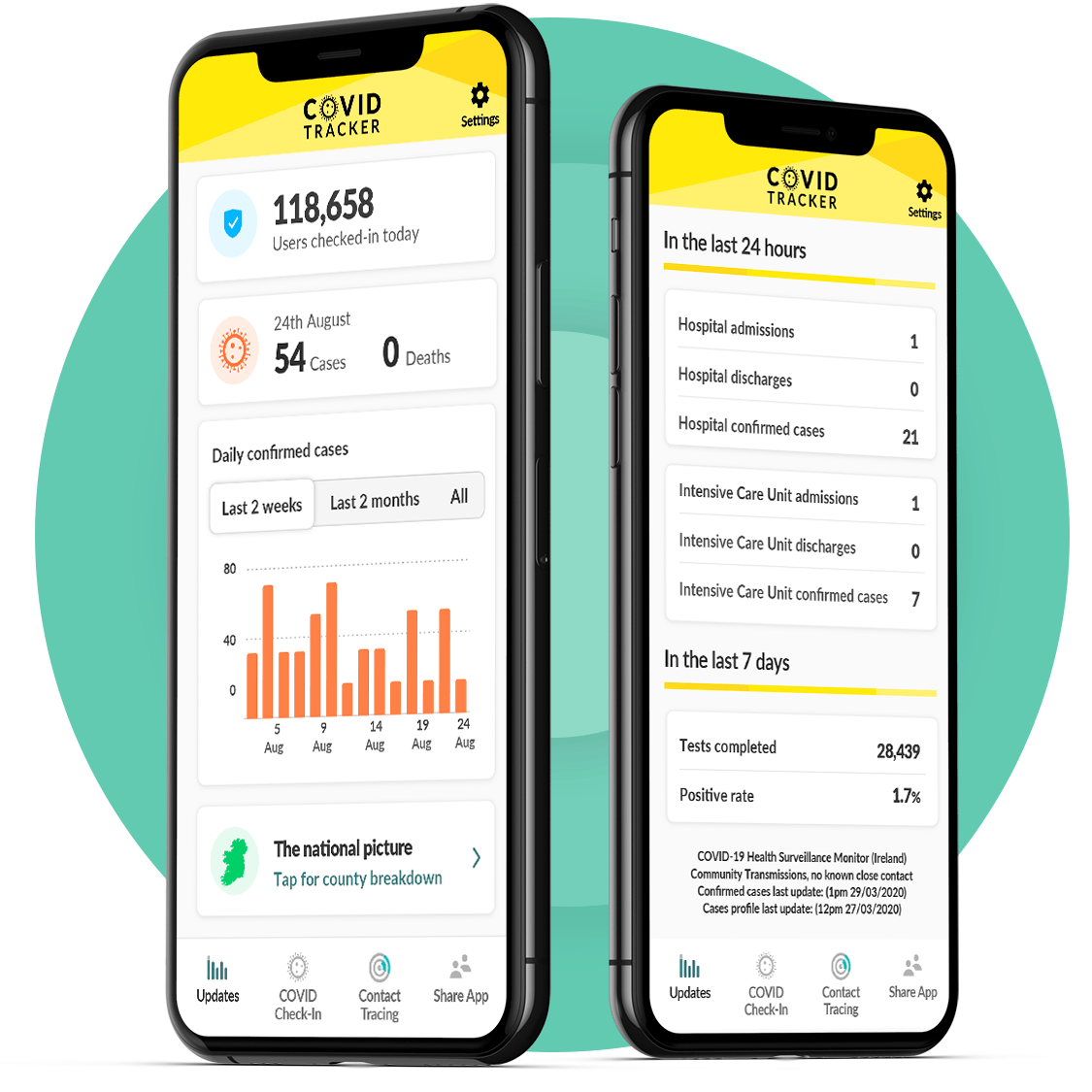 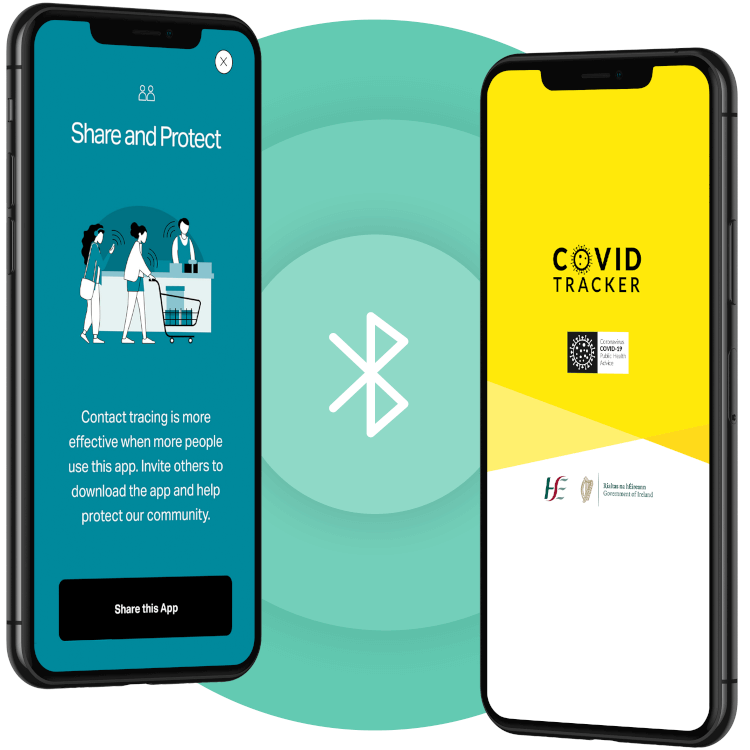 Interoperability between US states and neighbouring countries is critical for the success of these apps. NearForm launched the world’s first duo of interoperable apps with the Republic of Ireland and Northern Ireland.

The NearForm solution works with the APHL national key server and will work with the EU federated server as soon as it is launched. So you can be assured that users of your app, who travel across state lines, will be able to interact with apps and users from other states.

We don’t just build your app, we make sure it is fully supported for as long as you need. NearForm provides a range of support levels and SLAs, aligned with the specific needs of your jurisdiction. This includes coverage for Priority 1 and Priority 2 issues on a 24x7x365 basis.

Support also includes any ongoing updates to the application to ensure it follows Apple and Google best practices for ENS and is fully up-to-date in the App Store and Play Store. Obviously, security and privacy remain as the most important aspects of our support offering.

We also work with you on your ongoing requirements to add features and functionality over time e.g. the Irish app recently gained extensive new statistics screens due to user demand. 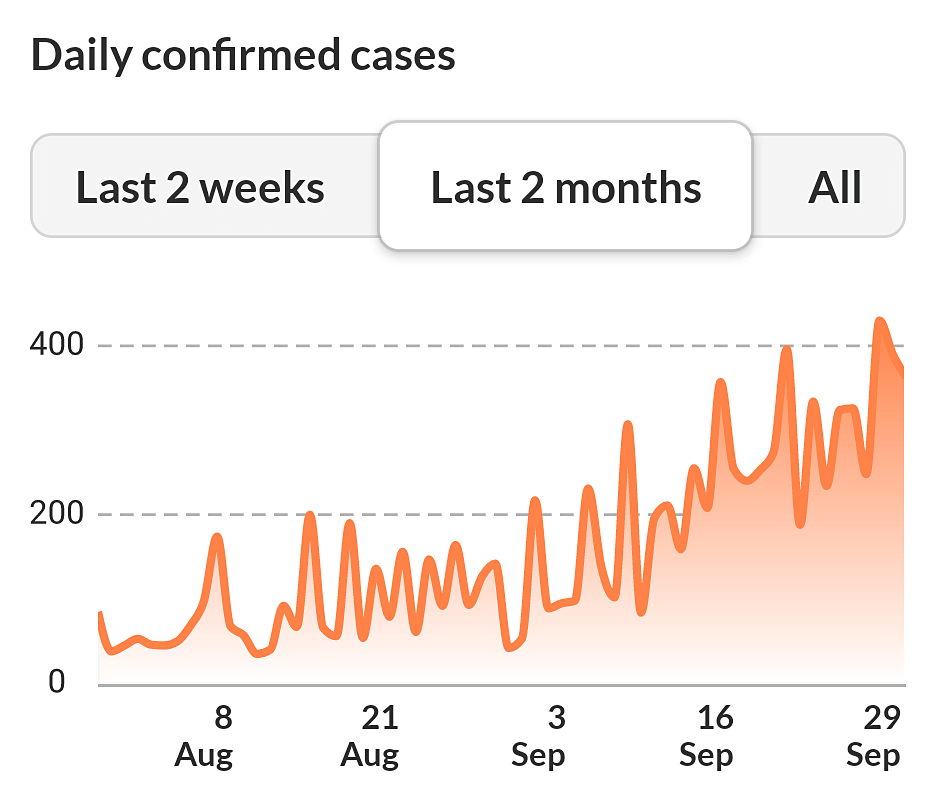 Our AWS-hosted, high performance, Node.js-based back-end handles millions of requests per day for each app and scaled seamlessly as the Irish app added a million users in a few days.

Working closely with Amazon Engineers, our DevOps team deploy and manage a dedicated back-end for each app in the appropriate region. This highly secure system uses the best of AWS’s features to provide a robust battle-hardened solution that has been proven in the field over several months.

The solution has been security tested and pen-tested by a range of experts in multiple countries and has passed with flying colours. We take a proactive approach to both security and performance to ensure that your system remains robust, safe and performant.

Accessible applications are important not just for people with disabilities, but for everyone using them. As user uptake is so critical for these apps, they must be usable by the widest range of people possible.

NearForm’s renowned product designers bring a long history of focusing on accessibility to every app they work on. Our Covid-19 applications have been reviewed and evaluated for accessibility by multiple organisations including the National Council for the Blind Ireland and The Paciello Group. All of their feedback was used to improve the apps even further, as we do with each new app that goes live.

Of course our apps are fully internationalized and can be localized to whichever languages you require with minimal effort. Some upcoming US apps will come with five languages as standard. 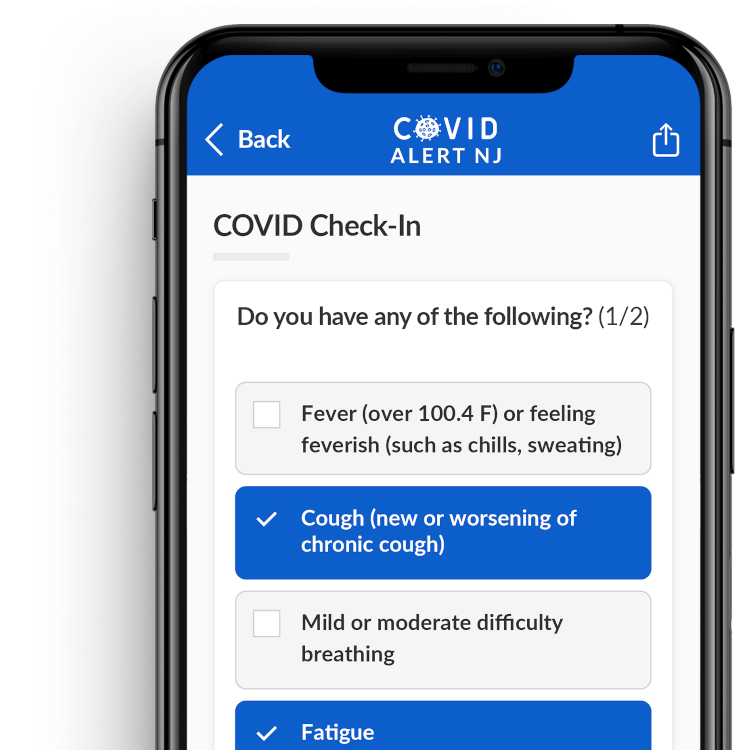 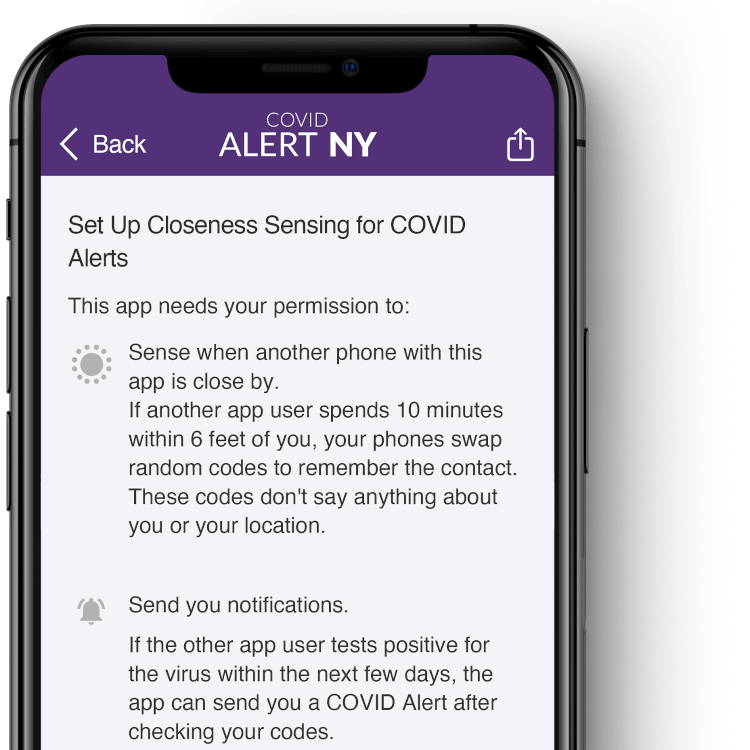 Privacy is at the heart of NearForm’s ENS applications, as it is for the Exposure Notification service itself from Apple and Google. The decentralized approach championed by these apps ensures that users can confidently use them in a fully anonymous way. The key points are that location data is not shared; all data uploads are anonymous; and any data shared is done entirely on an opt-in basis.

The apps obey the data privacy regulations of each jurisdiction and have been rigorously reviewed in countries such as Ireland. This included a Data Protection Impact Assessment (DPIA) to ensure the app was in full compliance with GDPR and had feedback from the Attorney General’s Office and from the Office of the Data Protection Commissioner.

How we develop applications

We handle every aspect from design to delivery to support.

Talk to us for a free consultation to see what solution suits your needs. Please fill in your details and we will get back to you, usually within one business day.

Or give us a call