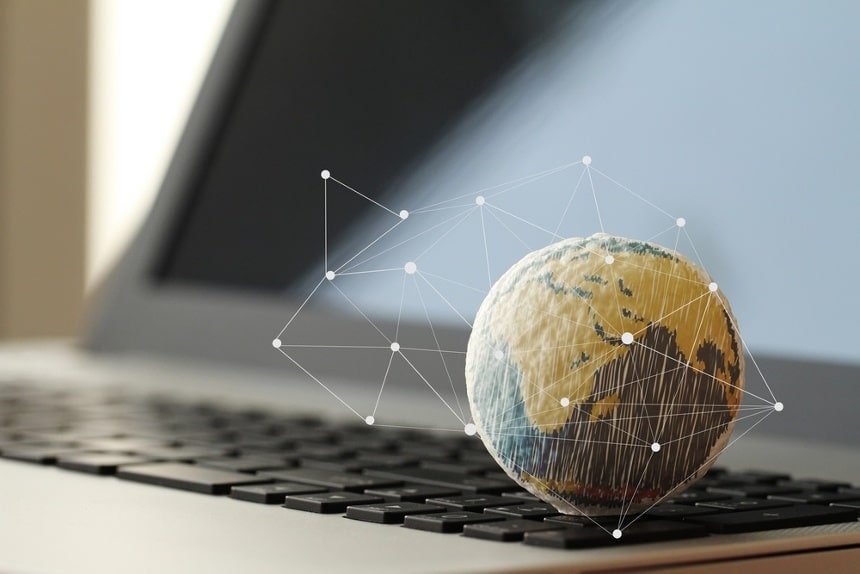 By NearForm
Published on 9th April 2018

An exploration of recent developments of Recurrent Units in Recurrent Neural Networks (RNN) and their effect on contextual understanding in text.

The output for the last character is used.

The most likely suggestions are extracted.

The indices are looked up in a dictionary.

Autocomplete: An example application, showing how a simple recurrent neural network can be used for autocompletion. The network uses past information and understands the next word should be a country. Try removing the last letters and see that the prediction uses contextual understanding (reset).

Recent advances in handwriting recognition, speech recognition [1], and machine translation [2] have with only a few exceptions [3] [4] been based on recurrent neural networks.

Recurrent neural networks are, funnily enough, a type of neural network. Neural networks have been around since at least 1975 but have over the recent years got a comeback and become very popular. This is likely due to the advances in General Purpose GPU (GPGPU) programming, that provides the computational resources to train them and larger datasets that provide enough data to train large networks.

If you are not familiar with neural networks, it is recommended that you become at least a bit familiar. Today there are many sources to learn from. The Neural Networks and Deep Learning book by Michael Nielsen is quite easy to get started with, chapter 2 should give most of the required background. If you are more curious the Deep Learning book by Goodfellow et. al. is much more extensive, chapter 5 should be a good start.

To give a too short introduction, vanilla neural networks are
essentially composed of two things: sums and non-linear function, like the sigmoid function. In matrix notation this can be written as: Where is the output?

In this article, the output is in terms of probabilities. To turn something into probabilities the Softmax function can be used.

The examples mentioned earlier may use additional techniques such as attention mechanisms [5] to work with an unknown alignment between the source and the target sequence.

However, the foundation for these networks is still the recurrent neural network. Likewise, a common challenge for many of these applications is to get the network to memorize past content from the input sequences and use this for contextual understanding later in the sequence.

Recurrent neural networks (RNNs) are well known and thoroughly explained in literature. To keep it short, recurrent neural networks let you model a sequence of vectors. RNNs do this by iterating over the sequence, where each layer uses the output from the same layer in the previous “time” iteration, combined with the output from the previous layer in the same “time” iteration.

In theory, this type of network allows it in each iteration to know about every part of the sequence that came before.

For a vanilla recurrent neural network, the recurrent unit is:

Deep neural networks can suffer from a vanishing gradient problem where the gradient used in optimization becomes minuscule. This is because the used in backpropagation ends up being multiplicatively depending on the of the next layer.
This problem can be mitigated through careful initialization of the weights
, by choosing an activation function such as the Rectified Linear Unit (ReLU), or adding residual connections 7.

An intutive way of viewing this problem is that the vanilla recurrent network forces an update of the state . This forced update, is what courses the vanishing gradient problem.

This forced update is also insufficient as irrelevant input data, such as skip words, blur out important information from previous iterations.

The Long Short-Term Memory (LSTM) unit replaces the simple unit from earlier. Each LSTM unit contains a single memory scalar that can be protected or written to, depending on the input and forget gate. This structure has shown to be very powerful in solving complex sequential problems [8]. LSTM is well known and thoroughly explained in the literature and therefore not discussed here.

However as it plays a critical part in the Nested LSTM unit, that is discussed later, its equations are mentioned here.

Even though the LSTM unit and GRU solves the vanishing gradient problem on a theoretical level, long-term memorization continues to be a challenge in recurrent neural networks.

There are alternatives to LSTM, most popular is the Gated Recurrent Unit (GRU). However, the GRU doesnt necessarily give better long-term context, particularly as it solves the vanishing gradient problem without using any internal memory.

The Nested LSTM unit attemps to solve the long-term memorization from a more practical point of view. Where the classic LSTM unit solves the vanishing gradient problem by adding internal memory, and the GRU attemps to be a faster solution than LSTM by using no internal memory, the Nested LSTM goes in the opposite direction of GRU – as it adds additional memory to the unit [6].

The idea here is that adding additional memory to the unit allows for more long-term memorization.

The additional memory is integrated by changing how the cell value is updated. Instead of defining the cell value update as , it uses another LSTM unit: Note that the variables defined in are different from those defined below. The end result is that an unit have two memory states.

The complete set of equations then becomes:

The abstraction, of how to combine the input with the cell value, allows a lot of flexibility. Using this abstraction, it is not only possible to add one extra internal memory state but the internal unit can recursively be replaced as many internal
units as one would wish, thereby adding even more internal memory.

From a theoretical view, whether or not the Nested LSTM unit improves long context is not really clear. The LSTM unit theoretically solves the vanishing gradient problem and a network of LSTM units is Turing complete. In theory, an LSTM unit should be sufficient for solving problems that require long-term memorization.

That being said, it is often very difficult to train LSTM and GRU based recurrent neural networks. These difficulties often come down to the curvature of the loss function and it is possible that the Nested LSTM improves this curvature and therefore is easier to optimize.

A good problem for analyzing the contextual understanding, should have a humanly interpretive output and depend both on long and short-term memorization.

To this end, the autocomplete problem is used. Each character is mapped to a target that represents the entire word. To make it extra difficult, the space leading up to the word should also map to that word. The text is from the full text8 dataset, where each observation consists of maximum 200 characters and is ensured to not contain partial words. 90% of the observations are used for training, 5% for validation and 5% for testing.

The GRU and LSTM models, each have 2 layers of 600 units. Similarly, the Nested LSTM model has 1 layer of 600 units but with 2 internal memory states.

Additionally, each model has an input embedding layer and a final dense layer to match the vocabulary size.

There are 508583 sequences in the training dataset and a batch size of 64 observations is used. A single iteration over the entire dataset then corresponds to 7946 epochs, which is enough to train the network, therefore the models only trained for 7946 epochs. For training, Adam optimization is used with default parameters.

As seen from the results the models are more or less equally fast.

Surprisingly the Nested LSTM is not better than the LSTM or GRU models.

This somewhat contradicts the results found in the Nested LSTM paper [6], although they tested model on different problems and therefore the results are not exactly comparable.

Never or less one would still expect the Nested LSTM model to perform better for this problem, where long-term memorization is important for the contextual understanding.

The Nested LSTM model did not provide any benefits over the LSTM or GRU models. This indicates, at least for the autocomplete example, that there isn’t a connection between the number of internal memory states and the models ability to memorize and use that memory for contextual understanding.

Many thanks to the authors of the original Nested LSTM paper [6], Joel Ruben, Antony Moniz, and David Krueger. Even though our findings weren’t the same, they have inspired much of this article and shown that something as used as the recurrent unit is still an open research area.

What is an Abstract Syntax Tree? 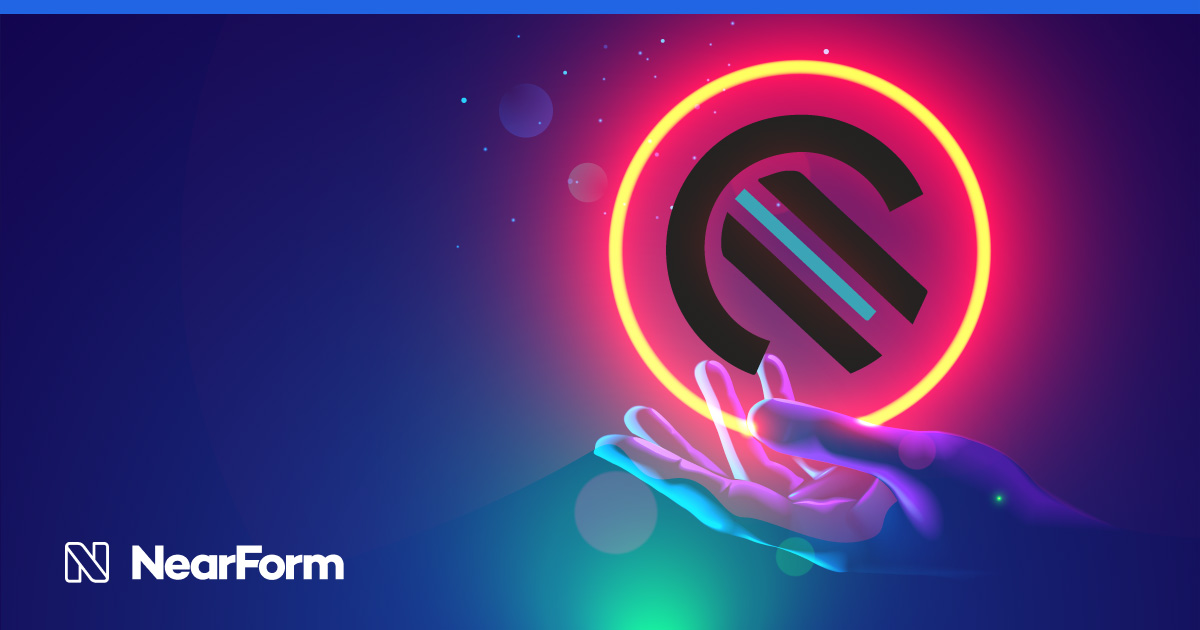