We recently did five mock deployments on Google Cloud Platform using different methods in an effort to understand the nuances associated with each method.

The five methods we investigated were:

We will be examining each of the 5 approaches over the coming weeks and wrap it all up with an article that talks about our findings in the context of all five approaches.

For our third article in the series we will be deploying an application on Google Cloud Platform using App Engine.

Google App Engine is one of the fully managed, serverless solutions provided by Google Cloud Platform. It allows users to build monolithic server-side rendered websites, and it supports popular development languages with a range of developer tools. It takes care of the server and deployment management so the user can focus on the code.

More on App Engine can be found at https://cloud.google.com/appengine. 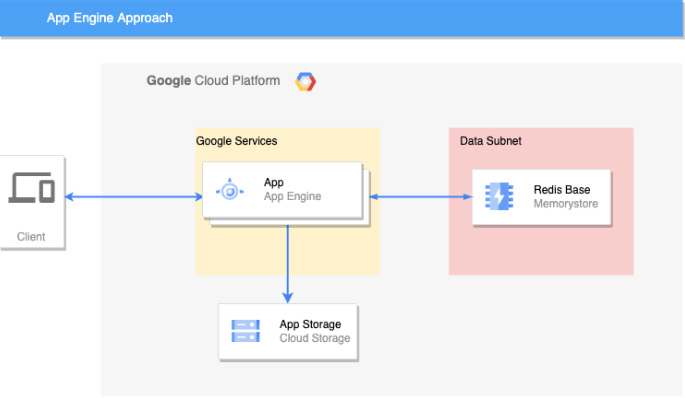 When to use App Engine

Additionally, the most important things to consider when deciding which platform to use are the team’s skills in relation to managing servers and monitoring tools. In the case of App Engine, these skills are not strictly necessary. It also has a free tier, which can be a very attractive feature.

How we implemented it

For this solution we used a terraform project that declares the following resources:

Here is a Terraform block declaring the Redis instance.

Here we declare the connector that will be used to allow the application to access the Redis instance.

The complete solution with other components can be found in our repository: https://github.com/nearform/gcp-articles